Note: you are viewing the archived version of our website. Click here to go to our new site.

“ ...because no one should be left behind”

The Metabolism of Cities (MOC) is an open source platform established in 2014 designed to provide professionals and non professionals with urban metabolism data, publications, tools and visualizations on resource consumption in cities. Its goal is to provide engaged cities and citizens with the necessary tools and technology to affect the resiliency and sustainability of their cities and settlements in a positive way. The MOC is run by a group of enthusiastic volunteers from Italy, Cape Town, South Africa, Belgium, Norway and Switzerland. As a part of the Third Edition of the Metabolism of Cities, Stakeholder Initiative our team is collaborating with the Politecnico di Milano (POLIMI) in Milan, Italy. Towards a global initiative to develop inclusion targeting minority groups and engaging the youth. The campaign is titled the Urban Metabolism and Minority Pulse: An education and awareness campaign targeting minority groups with an emphasis on the awareness of resource consumption and education for sustainable development in cities targeting minority groups as an initiative to tackle and localized the United Nations Sustainable Development Goals by 2030 to incorporate climate change and urban metabolism education, awareness and research among minority members of society targeting: disabled, children, elderly, students, refugees, LGTBI and women. We strongly believe that this campaign will benefit not just minority groups themselves but ultimately society as a whole promoting inclusion of minorities in sustainable developments (UN, 2015).

There is a need to characterize, forecast and transform the current linear paradigm of urban economies turning natural resources to waste. In fact, due to high levels of urban resource consumption, cities are vulnerable due to their dependency on a global hinterland for natural resources and pollution assimilation. The evaluation of the metabolic balance of cities is an important aspect to identify the nexus between environmental degradation on the one hand, and socio-economic behaviors of citizens and urban form on the other. As cities continue to grow both in territorial and economic aspects, their vulnerabilities also increase while their resilience decreases leaving minority groups unaware of these environmental changes. The concept of urban metabolism (UM) is the study of flows entering and exiting urban areas. The urban metabolism approach can help to address these major challenges in cities targeting different minority groups and better understanding these complex interconnections between an urban area, its economy, quality of life, its resource requirements and pollution impact.

In the past, most national boundaries reflected linguistic, religion and ethnic homogeneity. Until the late 20th century, diversity was considered a liability, not a strength. Today, more than ever society is considered a melting pot with a diverse set of individuals characterized by their ethnic, racial uniformity, set of values, language, residence and culture. The Sustainable Development Goals (SDGs) can potentially be utilized as a common language among minority groups to identify the 17 social, environmental and economical factors (169 targets) that cover a broad range of sustainable development issues. Our goal is to educate the diversity of underprivileged minority groups on climate change towards a common language that can be easily interpretative and replicated across borders. A language that comes in all types of shapes and sizes to educate the diversity of minority groups on climate change using SDGs as a common platform tool that everyone can understand regardless of their background and gender. Unfortunately, the less privilege groups are the most effected minority groups. In our research we aim to develop awareness, education and research concerning disabled, children, elderly, students, professionals, refugees (homeless), LGTBI and women.

The urban metabolism educational campaign platform features a replicability toolkit and methodology structured to facilitate awareness on resource management, community engagement, city planning and environmental design targeting the unheard minority voices of society to provide knowledge exchange between municipal governments, educational institutions, and community based organizations. Our goal is to create a cross city analysis to identify best practices globally that can empower all citizens from different language paths worldwide to create sustainable changes in their urban environment.

The proposed initiative will interview multiple target groups according to their age, gender, city, and country of province, from academia, public and private professionals, children and citizens in the City of Milan, Italy. The project aim to map and assess the participants’ knowledge of urban metabolism and material flow concerns in cities, sustainable initiatives currently taking place in their hometown, and methods and solutions to manage urban resource inefficiencies.

Expected research outcomes of the analysis will be delivered as an urban metabolism educational and awareness video format targeting different groups and will be presented in a seminar that will be held on July 2017 at Politecnico di Milano, Milan, Italy.

Interested in becoming a partner. Tell us about your city and its communities and how we can collaborate through MOC and SDSN Youth!

Gabriela Fernandez is a Ph.D. candidate in Urban Planning, Design and Policy in the Department of Architecture and Urban Studies at Politecnico di Milano in Milan, Italy and Co-Founder of the Metabolism of Cities website alongside her colleagues Paul Hoekman and Aris Athanassiadis to establish a research hub with publications, data-sets and tools related to urban metabolism education and awareness concerning resource consumption in cities. www.metabolismofcities.org.

Carol Maione is a Master of Science graduate in Urban Planning and Policy Design in the Department of Architecture and Urban Studies at Politecnico di Milano in Milan, Italy and recipient candidate in the School for Environment and Sustainability at the University of Michigan, extra-curricular activities include formerly working as a campus coordinator for the United Nations Sustainable Development Solutions Network Youth, with the aim of promoting SDGs and connecting youth among ideas of sustainable development.

For more information please conctact us at gabriela.fernandez@polimi.it and carol.maione@sdsnyouth.org. 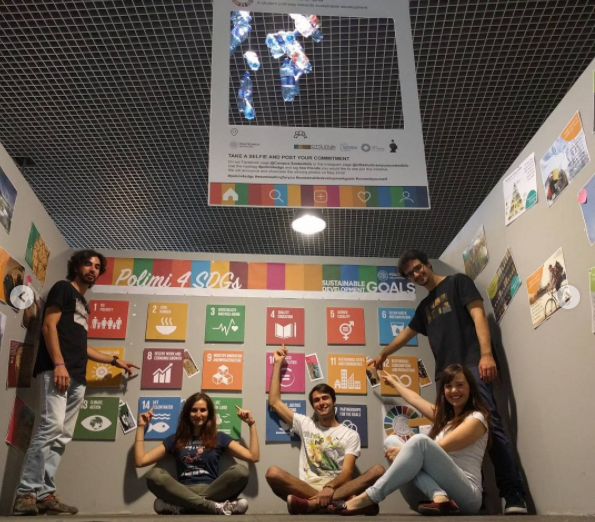 First impression on the construction of a global urban metabolism dataset

Towards a global urban metabolism dataset

Creating your own online data visualizations

Welcome to our blog